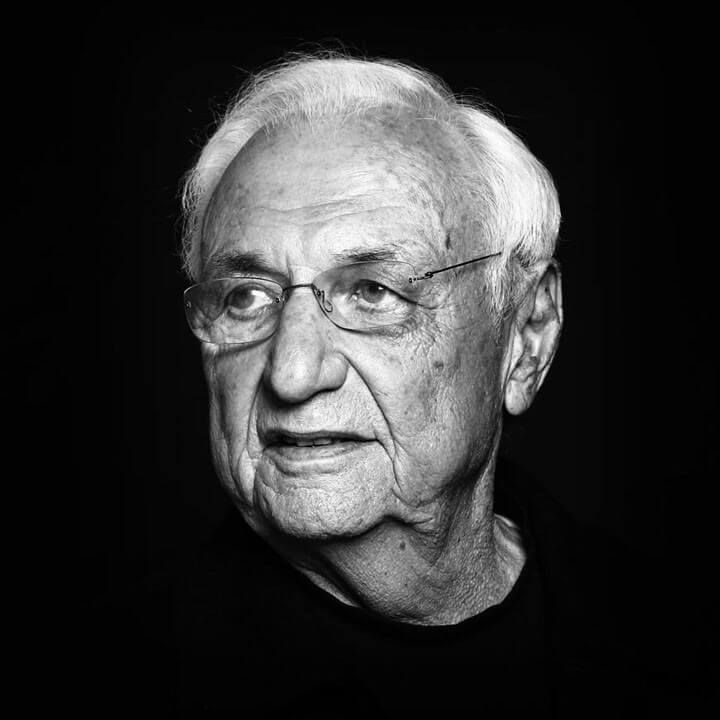 “You can look anywhere and find inspiration,” is just one of the Canadian born, American architect’s many stabs at verbalizing his long-acquired wisdom. He’s now ninety-one and enjoying a well-earned retirement after a lifetime of stamping his creative signature on building plots around the planet.

Much of Frank’s imagination was fueled by fish. Since childhood, when his grandmother would keep live carp from the local market in the bathtub (before cooking them), he was fascinated by their movement and the way light reflected from their scales.

His whalelike sculpture set in the Olympic Village for the Barcelona games in 1992, was just one of many manifestations emanating from this fishy obsession. The overlapping titanium tiles cladding the exterior of his landmark building, the Guggenheim Museum in the former port area on the banks of the Bilbao Estuary, also derived from this marine influence.

Yet, near the ancient village of Laguardia, in the Alava province, the same tiles are in use again, but this time without a trace of anything maritime to justify their presence. Well, other than adjacency to a tributary that feeds into the Rio Ebro, the lifeblood of Rioja wines. Why?

The province of Alava is in the Basque country but for wine purposes, is in the La Rioja wine region. Rioja Alavesa is home to a number of classic Rioja wines. Muga, Faustino, Coto de Imaz, Vina Real, and many more. Over the last twenty years, many of these fine wine makers have been involved in a fierce battle that has nothing to do with grapes. They are all striving to outdo each other with the architecture of their wineries.

The slatted, pixelated roof at Bodegas Ysios resembles something out of Minecraft. Spanish architect, Santiago Calatrava wanted the cedar-clad building, completed in 2001, to mimic the patina of wine casks. The glass, steel reception hall of Bodegas Baigorri was designed by Basque architect, Iñaki Aspiazu and ready in 2003. It resembles a futuristic Japanese teahouse. Quite astounding when considering their annual production is only 1200 bottles.

Bodega Herederos del Marques de Riscal is located in the tiny pueblo of Eltziego, some seven kilometers south of Laguardia. They tried to better them all by commissioning Frank Gehry to design a luxury hotel nestling among their serried ranks of vines.

Frank drew his inspiration from the grapes themselves. His unique and stunning building resembles the shape of a vine and the titanium roof mirrors the colour of red and white wine. All these incredible buildings now attract wine and architecture tailored tours. Even in the depths of winter, local hotels thrive with a roaring trade.

Today, the landscapes of La Rioja are a joy to behold. A superb example of human creativity and nature working hand in hand.