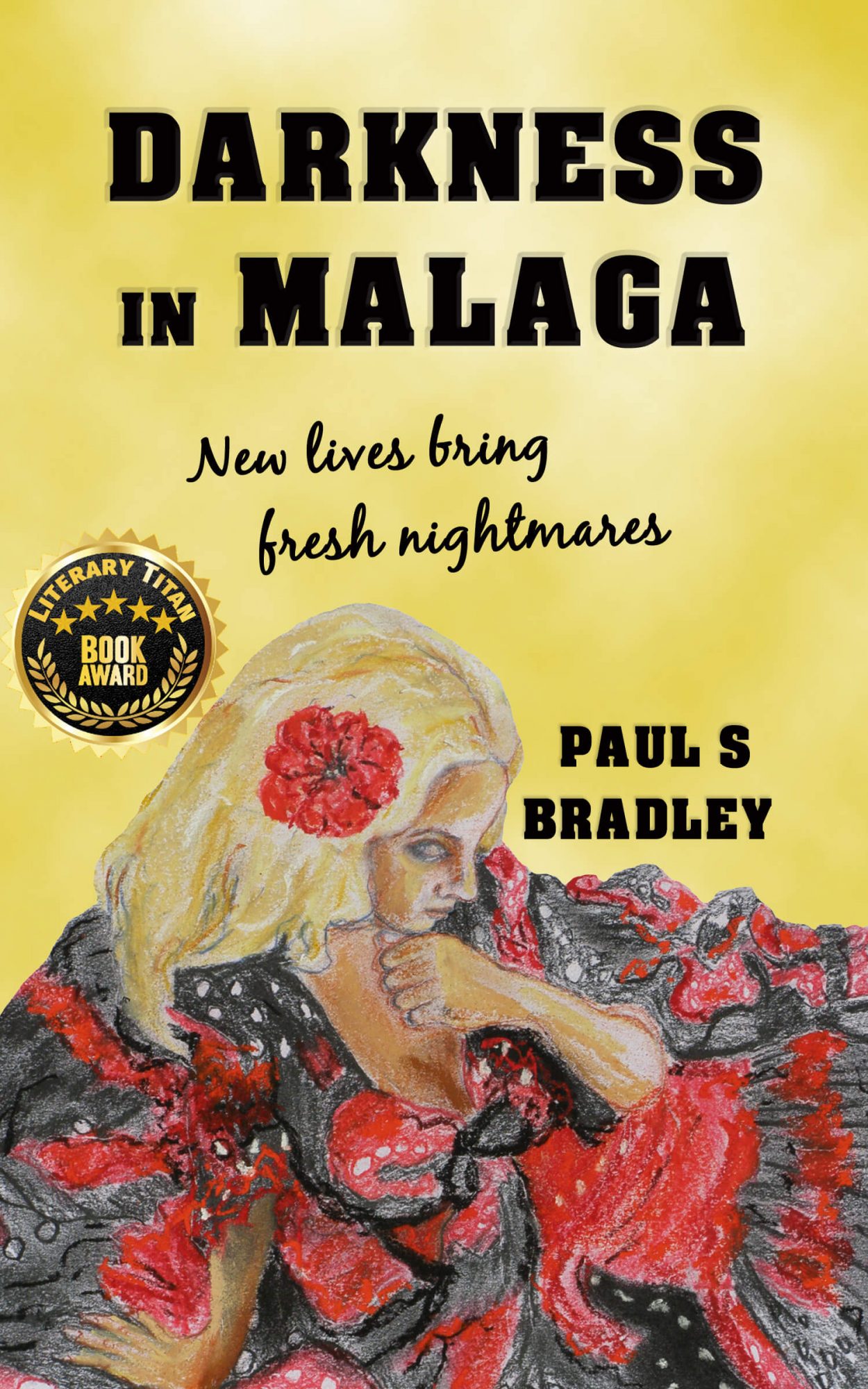 Is the lonely veteran Detective Inspector Leon Prado losing his touch? When a kidnapping case goes horribly wrong, he is pushed sideways to form a new department of one, responsible for crimes involving foreigners, even though he only speaks Spanish.

When Juliet, an English girl looking for a new life away from her past demons, is abducted at the San Isidro Festival in the quaint seaside town of Nerja, Prado is faced with his first major case. For this, he needs translators. He meets Amanda Salisbury, an overworked, multilingual American videographer who inadvertently filmed the abduction, and ex-British soldier Phillip Armitage, a confused friend of Juliet’s, licking his wounds after an acrimonious divorce.

In this first installment of the Andalusian Mystery Series, this unlikely trio of lost souls forms a warm bond as they unravel the secrets of Juliet’s tragic life which leads them to her deeply flawed abductor

Ronda is the birthplace of modern-day bullfighting and home to one of Spain’s oldest bullrings. Magnificent beasts are brutally slaughtered there under the searing heat of the afternoon sun, as they have been for centuries. Inevitably, the popularity of this national tradition is dying. The future looks bleak for those that earn their living from it. Yet there is hope.

In this second book of the Andalusian Mystery Series, Diego Romero, a heroic torero, recognizes the need for change. The killing must stop. All he has to do is persuade bullfighting’s controlling body, to accept his reforming proposals. They listen but refuse to do anything.

Less savory foreigners are also concerned that regular contests should continue as normal. They too cannot afford for Diego to win the day and are not prepared to sit by and do nothing. The battle comes to a head at La Goyesca, Ronda’s stylish bullfighting festival right under the noses of Detective Inspector Leon Prado and his translators Amanda Salisbury and Phillip Armitage. 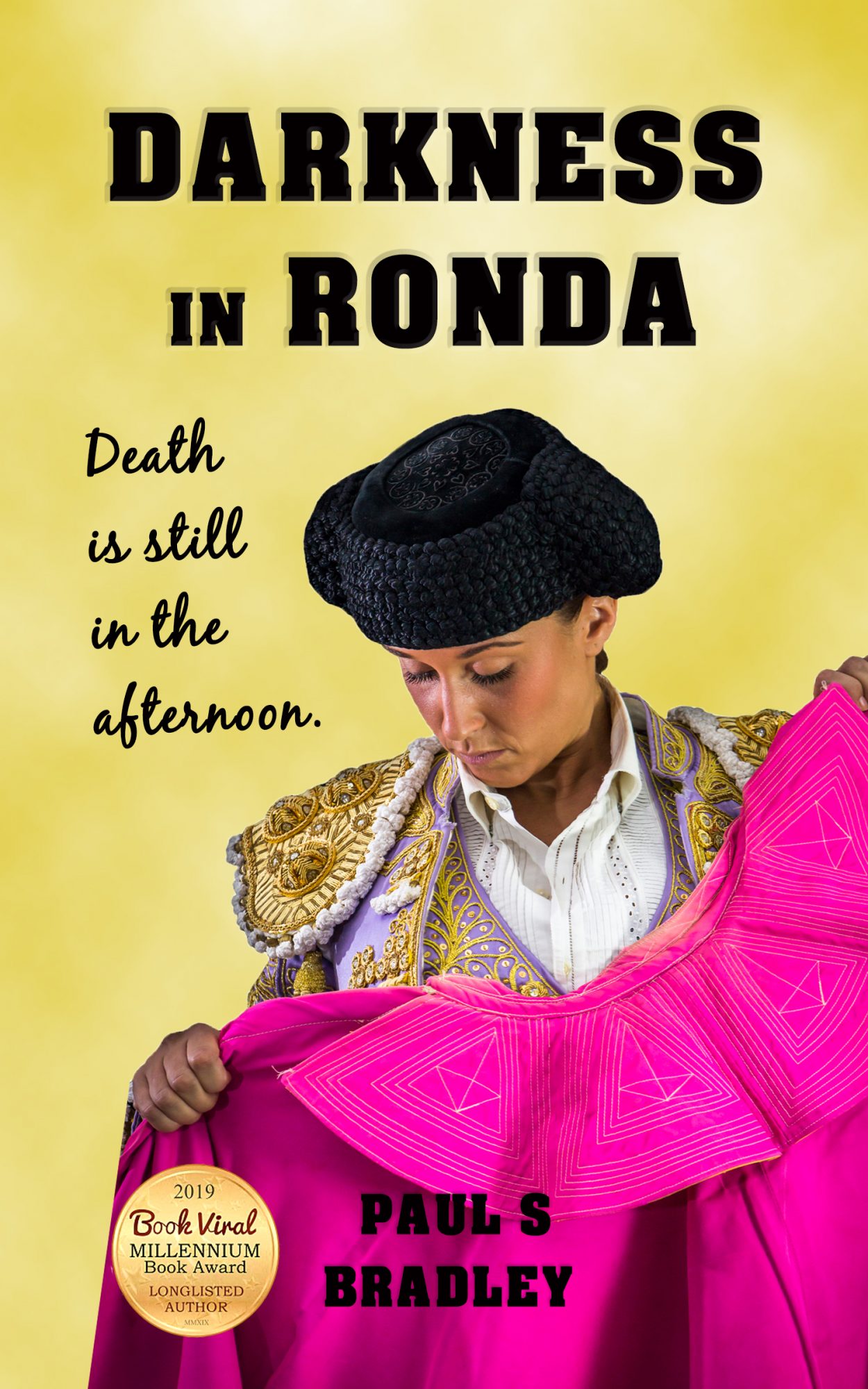 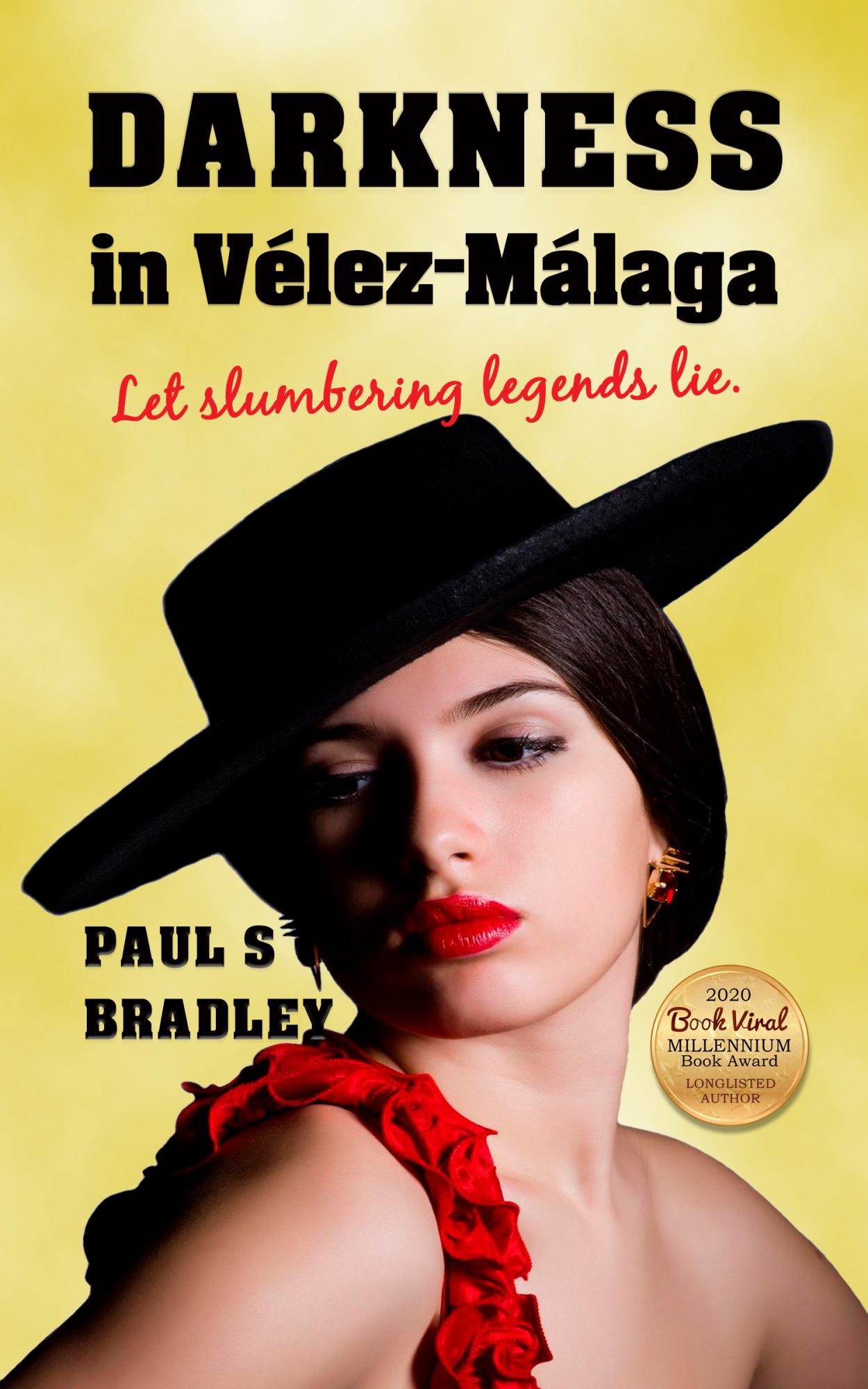 Vélez-Málaga is the principal town of La Axarquía, the region to the east of Málaga often compared with Tuscany or Switzerland. This main distribution point for fruits and vegetables is an undiscovered gem of Andalucía, full of ancient monuments and a bustling gypsy community that performs raw, impromptu Flamenco in the central bars and clubs.

In this third book of the Andalusian Mystery Series, Salome Mendosa, a popular Flamenco dancer and former roommate of Amanda, receives an invitation from a lawyer in Vélez to learn about her birth family. While there are pleasant surprises, Salome is clearly not welcome by some of the locals. As Salome and Amanda dig into long slumbering legends, they rekindle smoldering jealousy and hatred going back to the Civil War.

All roads lead to Granada, the priceless jewel of Andalucia. Nestling under the snow-capped peaks of the Sierra Nevada and dominating this historic city, is the Alhambra Palace, one of the wonders of the world. When Anne Pennington, the mistress of a US Senator was exiled from Washington DC, she chose this beautiful place as her new home. He was paying, so she didn’t stint. Her favorite pastime was collecting paintings, particularly those by Pablo Picasso. Her house was just below the palace and included its own art gallery for her to relish her treasures. After her lover passed, she married and decided to show her collection of the famous painter’s muses to the world.

Unbeknown to her, one of these artworks was top of the bucket list of an evil criminal who had been leading DI Prado, with his translators Amanda and Phillip, a merry dance all over Andalucía. The now elderly man was also the link to the criminals held behind bars from his cases in Málaga, Ronda, and Vélez-Málaga. They had desperately needed to find him and exact their revenge before he died.

In this fourth book of the Andalusian Mystery Series, Prado sets out to entrap him.

Anne’s paintings would be the bait. 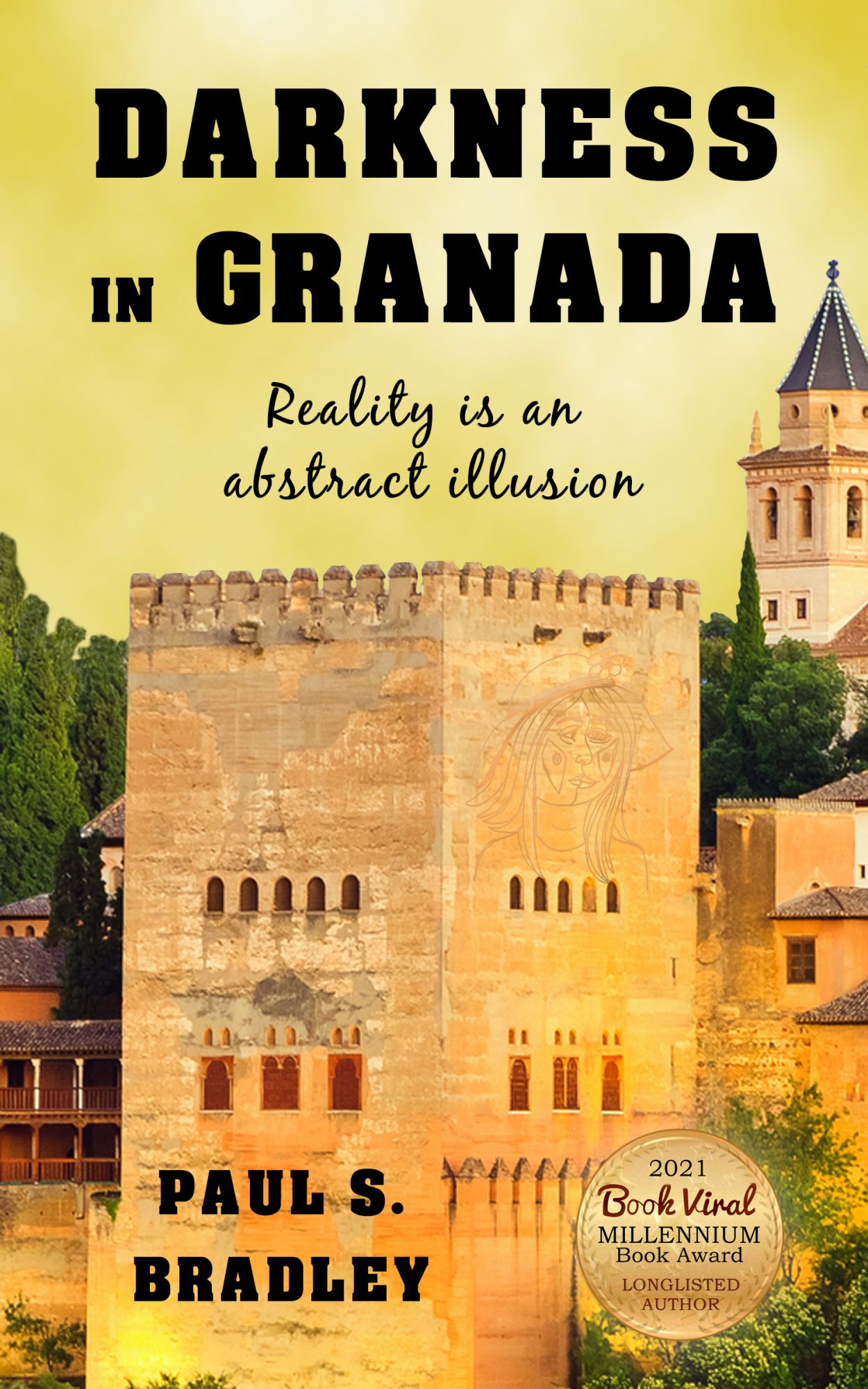 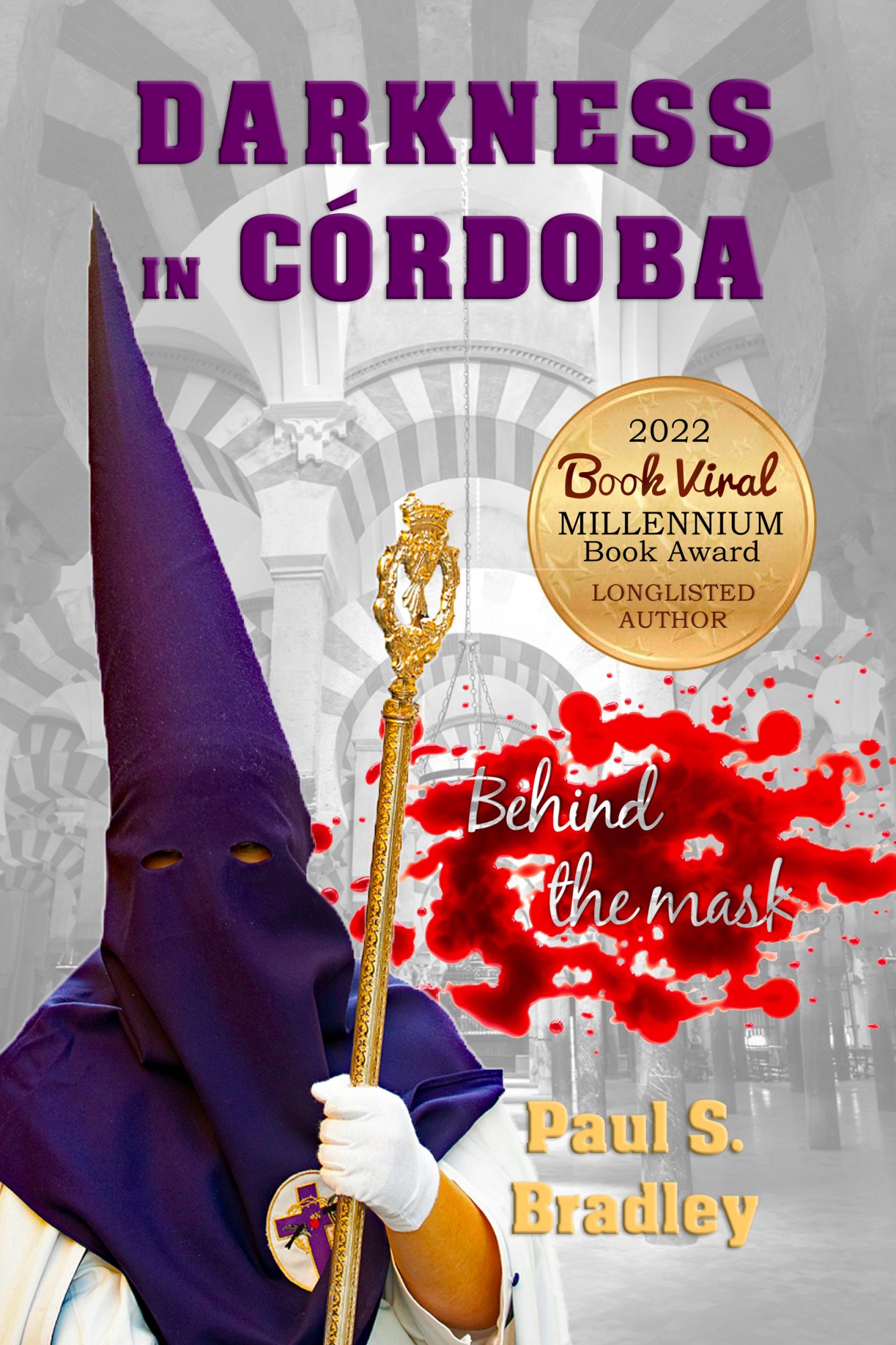 On Palm Sunday, the body of an eminent priest is discovered in the magnificent Cathedral of Córdoba. An elderly man is found squatting on the stone floor gazing intently at the corpse. All he would say is three words in Spanish. “Sólo hablo árabe – I only speak Arabic.”

The local police are convinced the Arab murdered the priest, but the bishop is adamant that he is not guilty. In this fifth standalone book of the Andalusian Mystery Series, Detective Inspector Leon Prado with interpreters’ ex-British soldier Phillip Armitage, and American videographer Amanda Salisbury are ordered to take over the investigation. Their appointment stirs bitter resentment among the Córdoba force, city officials, and religious brotherhoods who conspire to obstruct their inquiries. Prado and team discover the unexplained death masks a darker and more sinister secret, a secret that must be uncovered before it’s too late.

We use cookies to ensure that we give you the best experience on our website. If you continue to use this site we will assume that you are happy with it.Ok